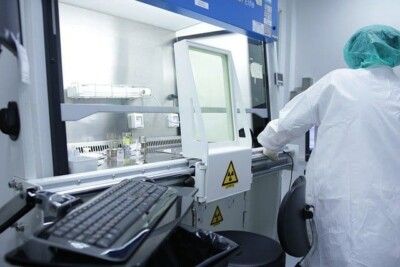 There are several alternative cancer treatments to chemotherapy, including immunotherapy, photodynamic therapy, and laser therapy.

Some people prefer these alternatives because of the often serious side effects associated with chemotherapy.

Sometimes the potential of photodynamic therapy should not be underestimated. Considerable success has already been achieved with some patients.

Costs – not a standard benefit of the statutory health insurance funds

Many patients who start researching photodynamic therapy ask themselves at the beginning whether the costs are covered by the statutory health insurance.

Unfortunately, this is not a so-called standard benefit. Thus, the statutory health insurance companies are not obliged to cover the costs.

The situation is different with private health insurances, which usually contribute to the costs incurred.

However, members of the public health insurance system have the option of taking out special supplementary insurance, such as cancer insurance, just in case.

Some cancer insurances pay out a high one-time insurance sum, which may be used unconditionally, in case of a corresponding diagnosis.

The money for free disposal can therefore also be used for alternative treatment methods, such as the implementation of photodynamic therapy.

This is what photodynamic therapy is all about

Photodynamic therapy (PDT) is a treatment in which special drugs are used together with light to eliminate cancer cells.

The drugs are often referred to as photosensitizers and only exert their effect when activated by certain types of light.

The terms phototherapy and photochemotherapy are used interchangeably for PDT.

Depending on the part of the body to be treated, the photosensitizer is applied to the skin or introduced into the bloodstream via a vein.

Over a period of time, the active ingredients of the drug are absorbed by the cancer cells. Finally, the area to be treated is irradiated with light, triggering a reaction from the drug.

As a result, a special type of oxygen molecule is formed that kills the cancer cells.

In addition to special lasers, light-emitting diodes (LEDs) are used, depending on the type of cancer and the region of the body.

PDT is usually performed on an outpatient basis and is sometimes combined with surgery, chemotherapy or radiation therapy.

Advantages and disadvantages of PDT

Various studies have shown that PDT achieves treatment success similar to that of surgery or radiation therapy in the treatment of certain types of cancer, including pre-cancerous lesions.

Properly applied, there are no long-term side effects to worry about. Many patients appreciate the fact that PDT is less invasive than surgery.

While there are usually limits to the number of times radiation can be repeated, PDT can be applied to the same site a few times if necessary.

Treatment using light and drugs often costs less than other cancer treatments and can be highly targeted.

However, even this form of therapy has its limitations. Logically, only areas that can be reached by light can be treated.

According to these studies, cancers that have grown deep into the skin or other organs are generally excluded from treatment.

With this in mind, PDT is mainly used to treat problems in the lining of organs or skin cancer variants.

Since the drugs used for PDT lead to increased sensitivity to light, special precautions must be taken.

Some doctors schedule therapy beyond the sunny summer months.

People with certain blood disorders often cannot benefit from the advantages of PDT.

Depending on the type and location of treatment, the treated skin may redden and swell temporarily.