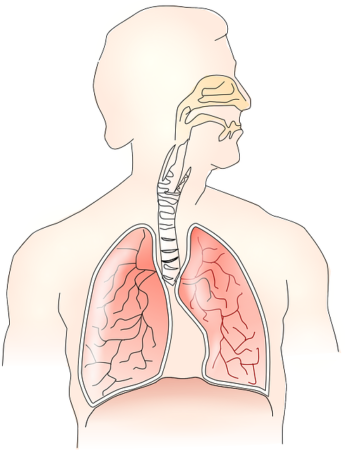 Respiratory diseases from the point of view of Chinese medicine

Inflammatory respiratory diseases, according to traditional Chinese beliefs, are based on a „Weakness of the lung qi“, one of the most common syndromes in Chinese medicine.

The syndrome „Weakness of Lung Qi“, Fei Qi Xu in Chinese, is characterized by pallor, feeling of weakness in the body, excessive fatigue, quiet and weak voice, listlessness to talk, cough without strength, sensitivity to weather factors, shortness of breath under stress, increased sweating.

On the ground of this weakening disorder of the lungs, pathogenic climatic influences such as cold and wind, resp. Heat and wind have a damaging effect on summer flu and lead to further deeper disturbances, which are typical for inflammatory respiratory diseases. Climatic factors have a pathogenic effect primarily during weather changes or when they have a particularly intense effect on the weakened body.

In cold disorders, shivering, light chills, cold shivers occur, and improvement of symptoms is achieved by heat. Wind disorders are characterized by constant change in localization or intensity of symptoms, z.B. wandering pain. fever, thirst and dryness of the mucous membranes are typical in heat disorders.

The therapy goes in two directions; first on the „elimination of pathogenic climatic influences“, this happens in the outer layers of the body. heat is eliminated by opening the surfaces with specific acupuncture points. In the case of cold, moxibustion can also be used in addition to needling tonifying points.

The „Strengthening of the Lung Qi“ as a treatment of the deep layer is also an essential part of the therapy which especially reduces later recurrences and promotes a fast convalescence.

This therapy can be done either with acupuncture and moxibustion or with Chinese medicinal herbs. Breathing exercises from Qi Gong also strengthen the Qi of the lungs. The most important acupuncture points for eliminating pathogenic factors and opening the surface of the body are Di.;4;Hegu, Lu.;7;Lieque, Lu.;5;Chize, SJ.;5;Waiguan, Gb.;20;Fengchi and Du;16;Fengfu. The points Lu.;1;Zhongfu, Du;14;Dazhui, Bl.;13;Feishu, Lu.;9;Taiyuan and Di.;11;Quchi strengthen the Qi of the lungs.

Chinese medicine describes a syndrome „Phlegm blocks the lungs“ (Tan Shi Zu Fei), which is also used for inflammatory diseases of the respiratory organs. Phlegm, Chinese Tan, is considered in Chinese medicine as a pathogenic factor, which is caused by „energetic compression“ of clear liquids and is caused by a disturbance in the flow of Qi.

Symptomatology is characterized by mucus formation in the respiratory tract with cough, sputum, sneezing, drowsiness and headache. The most important acupuncture point for eliminating phlegm is Ma.;40;Fenglong.

Pulmonary tuberculosis is considered to be a „Weakness of the lung yin“ Interprets. Weakness of the Yin of an organ means that the substance or. Structure is significantly damaged and thus usually the yang, the function is disturbed. Heat disturbance often occurs here as well.